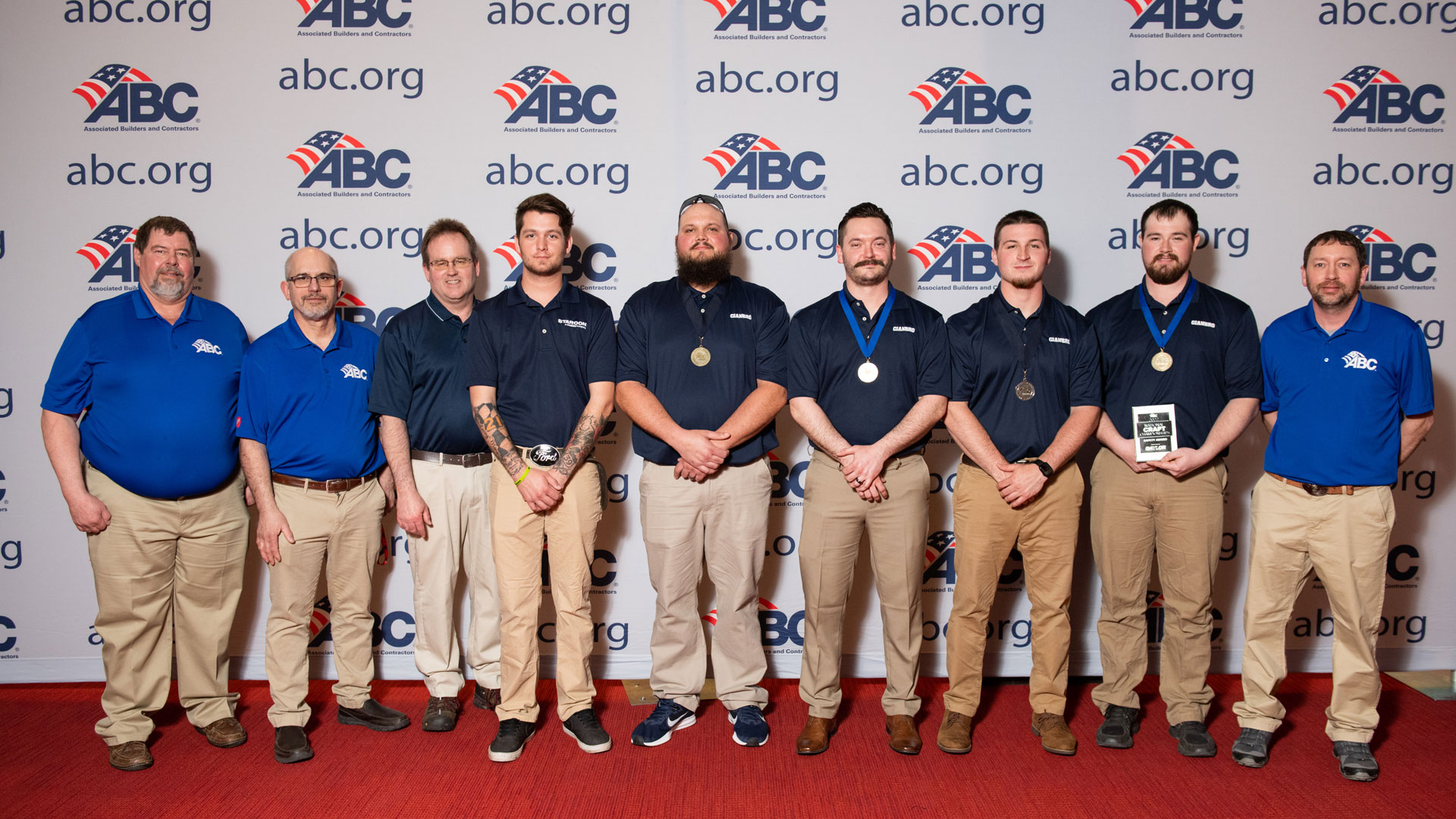 After a two-year hiatus due to the COVID-19 pandemic, Cianbro and Starcon team members were eager to return to the Associated Builders and Contractors’ National Craft Championships in San Antonio, Texas, on March 16. The competition, which is part of ABC’s Careers in Construction Awards ceremony during ABC Convention, featured 176 of the country’s top-performing carpenters, electricians, pipefitters, plumbers, welders and other craft professionals. Cianbro and Starcon, which is a part of The Cianbro Companies, had five team members qualify for the competition, and they performed exceptionally. Even being invited to take part in the competition is an honor, and the team represented our company well.

“The whole experience was bigger and better than I was expecting, and it was really cool seeing the amount of effort and attention that went into an event dedicated to the trades,” said Levi Andrew, a Cianbro team member who earned Gold in the pipe welding portion of the competition. “I would do it again without a second of hesitation. If I had the chance to talk to another team member that’s faced with this opportunity in the future, I’d tell them if you want to push yourself, better yourself, and have fun, this is not something you’ll want to miss out on.”

Team members representing The Cianbro Companies at the event were:

Cianbro team members can develop their skills through the company’s award-winning in-house programs through the Cianbro Institute. If you’re interested in joining our team and developing your skills as a craftsperson and a leader, click here.

Congratulations to all five of these talented team members! All of us at The Cianbro Companies are proud of their skills and commitment. To view a list of all the winners from the 2022 National Craft Championships, click here.