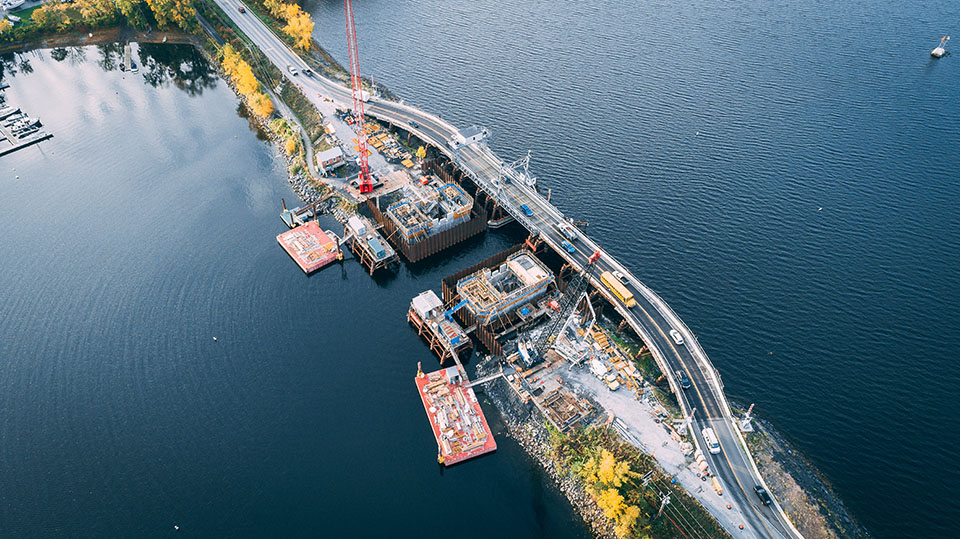 Cianbro is replacing Bridge 8, a historic double-leaf bascule bridge that carries U.S. Route 2 over Lake Champlain between the towns of North Hero and Grand Isle. Bridge 8 is the only vehicular movable bridge in the State of Vermont and will be replaced on a new foundation, with a similar aesthetic and the same draw width as the existing bridge built in 1953 that is being replaced. The project’s purpose is to ensure safe passage by providing a structurally stable roadway for the traveling public. Specifically, the project involves the replacement of the existing bridge along with associated roadway improvements and incidental items. Consistent with the existing bridge structure, the new bridge will provide an 80+ foot wide navigation channel with 10 feet of clearance in the closed position (ordinary high water) and unlimited vertical clearance when open.

Due to the excessive traffic detour distance, it has been determined that a temporary bridge will be established during construction of the new bridge. The temporary bridge (single leaf bascule) will provide two lanes of vehicular traffic and will have a 40-foot wide navigation channel. In the closed position, the under clearance will be 10 feet (ordinary high water). 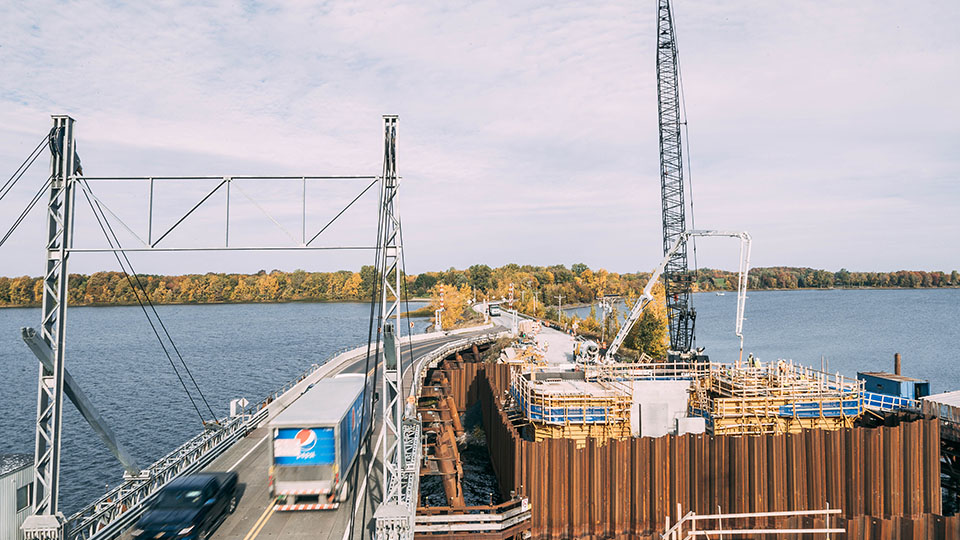 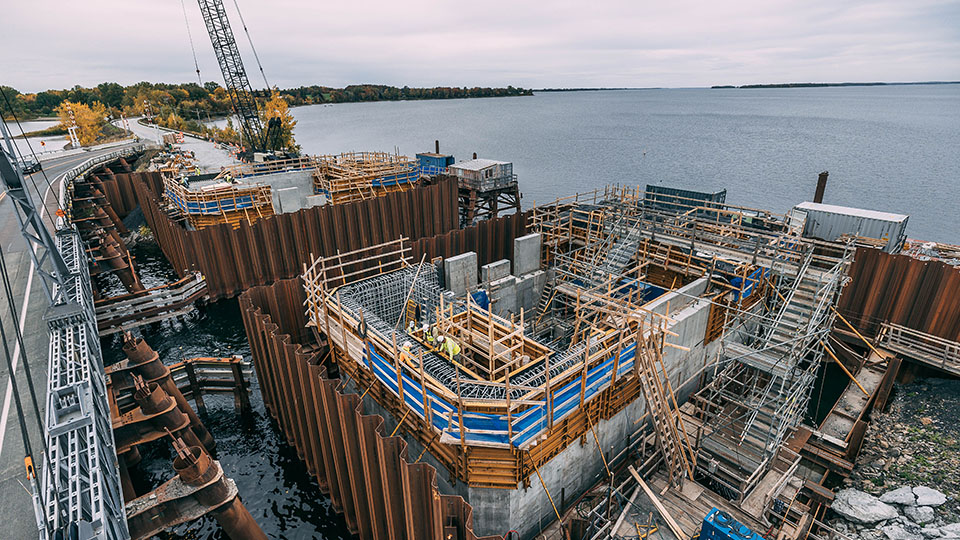